K is for Ksárul - The Doomed Prince of the Blue Room 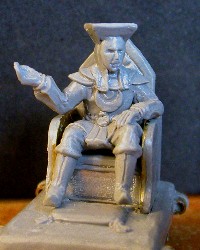 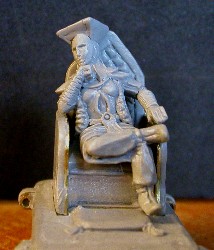 Priest and Priestess of Ksárul, sculpted by Rod Campbell

Ksárul is one of the five High Lords of Change and is known as the "Ancient Lord of Secrets" and the "Master of Magic and Sorcery." Ages ago he warred with the other gods and they locked him in a prison known as the "Blue Room."

His priesthood seek knowledge in the pursuit of power and are ever searching for the ten lost keys that will set their lord free. When conducting rituals, or on temple duty, they conceal their faces with smiling masks; of silver for the priests, with those of the priestesses being of black lacquered wood. Both wear black robes and squarish mortarboard-shaped headdresses of black velvet.

The pair shown above are posed for riding in a palanquin which is borne by eight of their Qól servitors. Sculpted by Rod Campbell of Highlander Studios. On foot variants are planned, clad similarly and in a variant costume, along with a warrior priest and priestess.
Posted by phf at 17:58 1 comment:

...has gone astray I'm afraid. Primarily due to fatigue. I may still try a string of catch-up posts, but no promises... :-( 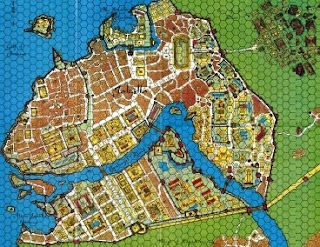 Jakálla, the "City Half as Old as the World", is located on the south coast of Tsolyánu at the mouth of the Missúma River. It is bisected by the Eqúnoyel River which flows from the east. The city is a thriving metropolis and port with a population of around 600,000 souls. It has a well deserved reputation for decadence and indolence. This is not surprising, given that Dlamélish, the Green-Eyed Lady of Fleshly Joys and Mistress of Demons, one of the Tsolyáni Gods of Change, is the city's patron. The population are willful and with temperatures ranging from 26 to 40 degrees Celsius, with very hot summer days attaining 51 degrees, it is not surprising that the city marches to it's own tune. The annual rainfall averages 380 cm.

The food is hot and spicy and clothing optional. Do you need to know more?
Posted by phf at 20:01 6 comments:

Labels: Blogging A to Z, Jakálla

I is for the Incandescent Blaze Society

Tsolyáni society is complex in the extreme so it is perhaps not surprising to learn that behind the scenes numerous secret societies exist, plotting and scheming for their own ends. The Incandescent Blaze Society is one such entity; one that is more active than some. The Society is strong enough that it partially controls the Temple of Vimúhla, Lord of Fire and one of the Tsolyáni pantheon's Lords of Change. It's members are a volatile sort, often advocating violent means to achieve their goals. 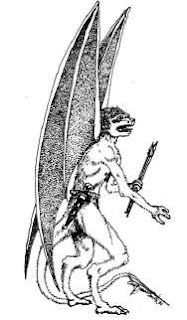 The Hláka are another of the intelligent non-human races that live on Tékumel. They are flying creatures with slight builds and a barbed tail, covered in a soft brown or grey fur. They have three eyes and their tail barb can inject a deadly poison, though they are skittish creatures and only likely to sting someone in defense.

They have an enclave in the high peaks to the north east of Tsolyánu and it is in those eyries where most can be found. They often serve as mercenaries in the armies of many of Tékumel's nations, serving primarily as scouts but also as aerial skirmishers. In Tsolyánu, individuals also serve as Imperial Messengers.
Posted by phf at 22:02 No comments:

Labels: Blogging A to Z, Hlaka

A Gurék is the Yán Koryáni equivalent of a legion. The actual organization is variable depending largely upon the skills and available manpower* of whomever raises it. Before being united under the banner of Yán Kór by the Baron Áld, the clans and cities of the North were fiercely independant. Each major city or large warrior clan maintains a mixed force referred to as a Gurék. The strengths of the Guréks vary considerably from city to city, or clan to clan, as do the troop types contained within them. One might contain contingents of heavy and medium infantry spearmen, with archers for support. The city of Ke’ér is noted for favouring the morning star. Others have large numbers of light infantry or prefer crossbows to archers.

* note that on Tékumel aridáni women warriors are relatively common, particularly in Yán Kór.
Posted by phf at 21:36 No comments: 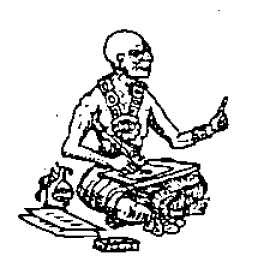 Fíru Bá Yéker, portrayed in various documents as a humble scribe, was a persona sometimes adopted by M.A.R. Barker in his Tékumel games.

E is for Egg of the World

The Egg of the World is some semi-mythical concept and/or object that Tsolyáni associate with the creation of the World. Some theologians hold that the Egg of the World was created by Hnálla, the Supreme Principle of Stability and Master of Light, first of the Five Lords of Stability in the Tsolyáni pantheon. They hold that when he dropped the Egg as a result of the other Gods bickering, it shattered with all the shards becoming the men, plants, animals and other creatures that inhabit the world.

Or it could be an item of mystical power, for every Tsolyáni child knows the story of how the Undying Wizard, Subadím the Sorcerer scaled the mighty Thénu Thendráya Peak, the tallest peak in Tsolyánu's northern mountain range, in search of the Egg, and of his "High Eyrie" located on the slopes of said peak, from whence he set off on his search. His magical creations are said to still await his return.
Posted by phf at 16:59 No comments:

Labels: Blogging A to Z, Egg of the World, Subadím the Sorcerer

Dlásh is Livyánu's Forbidden City - access is controlled and foreigners are strictly forbidden. Transgressors may find themselves sacrificed to The One of Fears, one of the Livyáni Shadow Gods and patron demon of the city.

One might say "what happens in Dlásh, stays in Dlásh" to borrow an over-used phrase. But with festivals such as The Feast of Re-Entering and The Festival of Terrible Sights, is it any wonder?
Posted by phf at 20:56 No comments:

Labels: Blogging A to Z, Dlásh

C is for Cinnamon 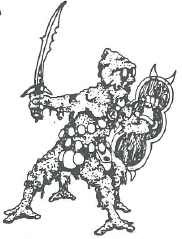 The smell of musty cinnamon is not something one wants to smell in the depths of a Tsolyáni Underworld for it is the distinctive scent of the Ssú, the Enemy of Man.

Labels: Blogging A to Z, Ssú

B is for Béy Sü 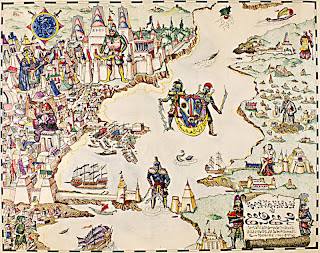 Béy Sü is the capital of Tsolyánu, a sprawling metropolis with over a million souls*. The name means "Soul of the World". It lies on the banks of the Missüma River about a thousand tsán north of Jakálla, Tsolyánu's next largest city*. The main part of the city lies on the western shore of the river; on the eastern are a few temples, some villas, the Necropolis (or City of the Dead) and the dreaded Tólek Kána Pits, the Imperial prison.


This picture is from the cover of the original game box that the Empire of the Petal Throne RPG (EPT) came in, way back in 1975. 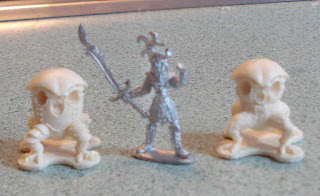 Here is a pic of our upcoming Ahoggyá models - both armoured and unarmoured variants - along side our Princess Vrísa Vishétru figure for scale. The arms are being done in metal by RAFM and fit the socket holes like a charm (finally something goes right!)

The arm variants can be seen here, in their "green" stage.

The intent is to sell them in sets of 10 or as individual models. Unfortunately, these are turning out to be quite costly and as a consequence will be our highest priced release yet. It's not decided yet but the full retail for a set is likely to be close to $110.00US.

Tékumel Club members will get their club discount, of course, which will help make it a little less painful.
Posted by phf at 19:15 1 comment: 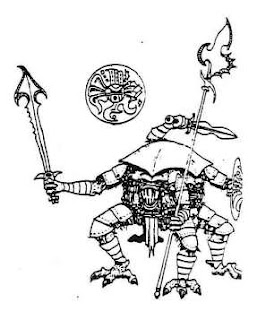 The Ahoggyá are one of Tékumel's intelligent non-human races. It is a squat creature with four legs and four arms spaced around a roughly cylindrical body with a carapace on top. There is no head as such, rather there are four sets of eyes that are spaced around the body between each set of arms and legs. Below each pair of eyes are it's other features - one each of mouth, "ears", "nose" and reproductive organs. The latter three just look like nobbly bits. It doesn't really have a front though I usually take the eyes with the mouth to be forward. Ahoggyá are generally considered brutish and rude - hell, they ARE brutish and rude. Human notions of polite behaviour and manners are lost on an Ahoggyá.
Posted by phf at 13:34 2 comments: