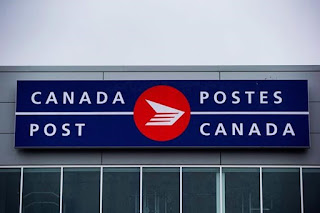 Our Posties have voted over 90% in favour of strike action in light of Management's refusal to pay the rural and urban letter-carriers equally.

I support this strike despite the disruption it will bring.

The rural drivers (who are mostly women) get paid by the mile whereas the urban letter-carriers (mostly male) get paid hourly. It works out that the rural letter-carriers get a lower hourly wage. Why? I don't see how the Management can be arguing against this. It seems the easiest thing in the world to fix: just pay them a fair wage.

If they are worried about the impact to the budget, there is an easy solution: start cutting the executive salaries. About 50% should more than take care of all Canada Post's woes. Canada Post has been poorly run for over 40 years; are they ever going to attempt to do things better?